Sited in Margate, beside Turner Contemporary, you can see one of a series of one hundred, solid cast-iron figures by Antony Gormley that explore the experience of being human.

The history of western sculpture has been concerned with movement.
I wish to celebrate the still and silent nature of sculpture. The work is designed to be placed within the flow of lived time.

Turner Contemporary is thrilled to confirm that the Antony Gormley sculpture ANOTHER TIME will be staying in Margate for another 10 years.

The solitary cast iron statue that was installed on Fulsam Rock beside Turner Contemporary in summer 2017 has been granted an extension and will remain in situ until November 2030.

This sculpture is part of a series of one hundred, solid cast-iron figures by Antony Gormley who is known for his sculptures and installations that explore the experience of being human, of inhabiting a human body.

The sculpture in Margate becomes visible about 3 hours before low tide, so to be sure of seeing it, check the daily tide times.

Individual sculptures from ANOTHER TIME have been installed all over the world, from the River Thames in London to Kunisaki in Japan. A figure has been positioned on Fulsam Rock on the Margate foreshore, visible at low tide from our first floor balcony and from the shoreline behind the gallery. Two sculptures from the series were also sited in Folkestone as part of Double Edge, Folkestone Triennial 2017.

Antony Gormley describes these isolated forms, cast from his own body as “an attempt to bear witness to what it is like to be alive and alone in space and time”. Made from iron, a material more usually associated with heavy industry, the industrial method of casting the sculpture is readable on its surface, whilst invisible joint lines reveal the way the plaster mould was divided and reassembled prior to casting.

The figures in this series are identical to the hundred sculptures of ANOTHER PLACE (2007), permanently sited on Crosby Beach in Liverpool. Whilst each work in ANOTHER PLACE faces the horizon, those in ANOTHER TIME all have a different orientation.

Antony Gormley (born 1950) began creating sculptures cast from his own body in 1981. His works have been shown in exhibitions and public locations internationally. He is known for his public sculptures The Angel of the North in Gateshead (1998) and Event Horizon (2007-2015), which has been shown in London, New York, Sao Paolo and Hong Kong.

Make a donation today to help us continue our work, including exhibitions, learning, and community engagement. Every donation makes a difference.

Explore this epic documentation of the sculpture in Margate across seasons 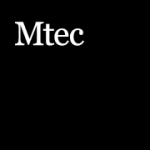 Explore our digital guide on Bloomberg Connects, the free arts and culture app, to discover exclusive content from artists, curators, and more.

With products sourced from artists, limited editions and one-off ranges inspired by our exhibitions, every purchase you make in our shop supports our work.