In spring 2019, Turner Contemporary staged the largest UK exhibition of Scottish artist Katie Paterson to date, paired with a group of works by JMW Turner.

A new exhibition boldly goes where no artist has gone before… What’s remarkable about the exhibition — at least, one remarkable thing among many — is how coherent it is, and how consistent, conceptually and aesthetically.

Over the last 10 years, Katie Paterson has developed an extraordinary and unique practice. She has worked with NASA to recreate the smell of Saturn’s moon, Titan (Candle from Earth into a Black Hole), 2015), and the European Space Agency to send a meteorite back into space (Campo del Cielo, Field of the Sky, 2012-1014). Of such collaborations she says, “I am asking people to access all they know.”

Paterson (born 1981, Glasgow) first captured imaginations in one of her earliest works, Vatnajökull (the sound of). From anywhere in the world you could call a mobile phone number to be connected to a rapidly eroding glacier in Iceland and listen to it melting.

A place that exists only in moonlight - Katie Paterson

A place that exists only in moonlight, the book by artist Katie Paterson, contains a series of artworks to exist in the imagination. It comprises of over one hundred short texts, each concerning the landscape, the universe, or an expanded sense of earthly and geological time. These poetic, haiku-like phrases take shape in the mind of whoever reads the words, and so become an expression of the idea itself, and the book’s cover is printed with cosmic dust.

Katie Paterson can take you out of your realm… she is so original, engaging and expansive. She makes us realise how inconsequential we are in relation to the universe. 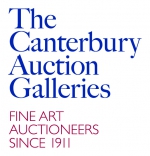