The Welcome Chorus will bring together sound, sculpture and artificial intelligence (AI) in a new interactive outdoor installation. Twelve horns, each representing a district of Kent, will continually sing lyrics which are generated live by a uniquely trained, site-specific piece of AI software. Symbolically, the sculptural forms reference the origin of the word ‘Kent’; thought to derive from the word ‘kanto’, meaning horn or hook.

Through an inclusive democratic process, including workshops at Kent Libraries, people from all over the county have been contributing lyrics reflective of their Kentish experience to the AI data bank. Generated lyrics reflect on the history of Kent, changes to industry and services, the relationship between urban and rural areas and perceptions around journeying and migration. The colours of each horn have been chosen by library staff from different areas in Kent.

Onsite, visitors will be able to speak or sing into a unique ‘conductor’ sculpture, their words will then be heard in the immediate soundscape and will be added to the ongoing machine learning. The AI will continue to evolve throughout the course of the exhibition, resulting in novel and unexpected vocal exchanges.

Yuri Suzuki is a sound artist, designer and electronic musician.

He explores the realms of sound through designed pieces that examine the relationship between people and their environments, questioning how both music and sound evolve and create personal experiences.

Yuri was born in Tokyo in 1980. After studying Industrial design he worked with Maywa Denki, the Japanese electronic Art unit. During this period, Yuri developed a strong interest in the relationship between music and technology.

In 2005, Yuri moved to London to study Product Design at the Royal College of Art. Here Yuri developed his interest in the crossover of art, design and music and also analogue and digital technologies.

Central to Yuri’s practice is collaboration and he has worked with musicians such as will.i.am and Jeff Mills as well working alongside commercial clients such as Google to develop unique projects such as the AR Music Kit.

His work can be seen in several museum permanent collections including the Museum Of Modern Art in New York and he has had solo and group exhibitions at the Tate Britain London, Mudam Luxembourg, MoMA and the Museum of Modern Art Tokyo. In 2016, he received the Designer of the Future award from Design Miami.

In 2018 Yuri Suzuki was appointed as a partner at Pentagram and started working as an artist within the world’s largest independently owned design studio.

Based at Pentagram’s London studio, Yuri and his team work internationally pushing the boundaries of design, technology and sound crossing the fields of both low and high technology.

I have been working on a lot of social and interactive projects recently, all based around speaking, listening and composition. I have found that music and sound are always able to transcend gender, age, and culture. 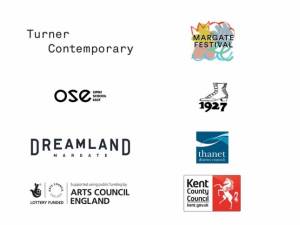