Young people, teachers and community groups across Kent could have their artwork displayed at Turner Contemporary in the lead up to Turner Prize 2019.

This year, Turner Contemporary is thrilled to announce that BBC radio presenter Gemma Cairney and illustrator Lizzy Steward will be two of the judges on the panel for the gallery’s annual art competition, Portfolio, which is run in collaboration with Canterbury Christ Church University.

Entries for the competition open in January 2019. The competition takes place ahead of Turner Contemporary hosting Turner Prize 2019, and asks children, young people, teachers, FE students and community groups from across Kent and Medway to respond to the theme ‘Art Rebels’. Deadline for entries is Mon 18 March 2019.

2019 sees the addition of a new category for the first time in the competition’s 11 year history. ‘Community Groups’ from Kent and Medway are invited to enter the competition including Alternative Provision, NHS Support Services and in patients, Youth Offending Services, Support Groups, Pupil Referral Units, Health and Wellbeing. Turner Contemporary are also offering outreach sessions in Kent and Medway for schools and community groups to explore the theme and develop ideas.

The Portfolio: Art Rebels exhibition, featuring the winners and runners up from each category, will be opened by artist Bob and Roberta Smith at 5pm on Thurs 27 June 2019. On 27 June, Bob and Roberta will also be giving a public talk, for which tickets will be released soon. This ticketed event will help to raise money for Turner Contemporary’s programme.

Being in Portfolio made me feel happy and excited. It’s made me feel more creative and I want to do more drawings and try and win it again!

Since graduating from BBC Radio 1 in 2016, Gemma has successfully migrated to BBC 6 Music and BBC Radio 4. The third series of The Leisure Society is currently in production for BBC 6 Music, and Gemma’s latest four-part series The Sound Odyssey, where she accompanied four well-known British Artists as they took part in musical collaborations in four different countries around the world, aired on BBC Radio 4 earlier this year.

Lizzy Stewart is an illustrator and author currently based in London. She has written and illustrated two books for children, including There’s a Tiger in the Garden, and countless comics and zines. She teaches illustration at Goldsmiths University and has also taught courses at the Tate and on behalf of the National Portrait Gallery.

In 2017, Lizzy was the guest speaker at Artswork’s celebration event for Artsmark Primary and Secondary schools in Kent, hosted by Turner Contemporary. The day celebrated the creativity, passion and hard work of schools recently awarded Artsmark. Lizzy talked to the children about art and illustration, and each school was gifted a signed copy of her book.

Bob and Roberta Smith is the name of the British artist whose best known works include: Make Art Not War, which belongs to the Tate collection; and Letter to Michael Gove. Bob and Roberta Smith see art as an important element in democratic life. Much of their art takes the form of painted signs. Central to Bob and Roberta Smith’s thinking is the idea that campaigns are extended art works which include a variety of consciousness raising artefacts.

Bob and Roberta Smith studied for his MA at Goldsmiths from 1991 to 93. He was an Artist Trustee of Tate between 2009 and 2013, and he is currently a trustee for the National Campaign for the Arts, and a patron of the NSEAD. He has recently been elected to be a Royal Academician.

Bob and Roberta Smith is actually one man. Before studying Fine Art at Goldsmiths in the early 1990’s, Bob lived in Rome, New York and Wensleydale, and now lives between Leytonstone in East London and Ramsgate. 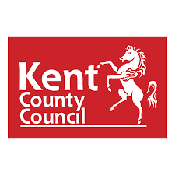